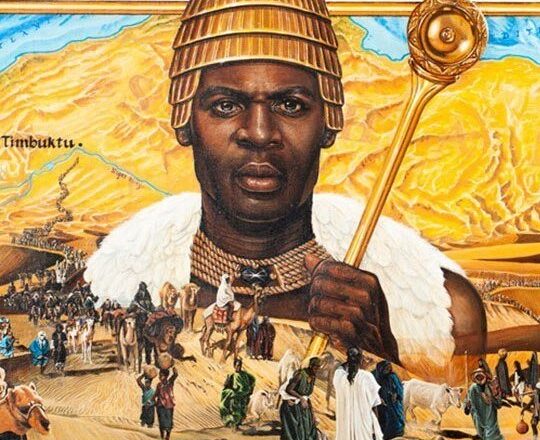 Who was Mansa Musa?

Mansa Musa also known as Musa I of Mali and was the ninth Islamic ancient Emperor of West Africa in a kingdom known as the Mali Empire. Mansa means (King or Emperor) and he was ruling the Mali kingdom from C.E 1312 to 1337 for around 25 years.

During his monarchy Musa or Musa, I was highly powered and the richest individual king Mansa Musa the wealthy king of the Mali Empire which is located in Africa. He has been well known in ancient history for being the wealthiest king and though it’s been said that his wealth was so much that it cannot be measured or compared to anyone’s wealth in the historical records. Wealth of Mansa Musa was approximately calculated as similar to 400 billion US dollars which are believed to be the richest king in the history.

During the kingdom of Musa, the Mali empire was spread in the large territory of the Ghana Empire after defeating and occupied, and also the other lands include Senegal, Mauritania, Guinea, and the Gambia. Musa was a religious person who spends his time spreading and growing Islam within his kingdom.

He was a pious Muslim and he made his way to the Mecca Pilgrimage for hajj between 1324 – 1325 covering 2,700 miles along with his people of about 60,000 men and 12,000 slaves. Each of them carried around 1.8 kg gold bars and all dressed in silks with horses and carrying bags. Musa has been the world’s richest king and had given all the necessities and requirements to those 60,000 men and 12,000 slaves while traveling to Mecca for the hajj and also feeding the entire troops of men and animals at his own expense. Along with horses, there were 80 camels also which carried 23-136kg of gold dust each.

Musa donated gold to all the poor people he met on his route way to the Pilgrimage that includes Cairo of Egypt and Medina and also, he even gifted luxurious gold which was markable. It was said that he also built a mosque every Friday for the spread of Islam.

His large amount of donating gold to the poor people of Cairo, Mecca, and Medina has been the massive turndown value of the gold for 10 years in those cities. The other prices of goods and products were highly increased.

While returning from Mecca in 1325 Mansa Musa includes the cities of Gao and Timbuktu as a part of his empire and bought architects from a region of Spain and Cairo to build his palace and a grand Mosques named Dijnguereber in Timbuktu. After this Timbuktu has become the modern city where trade, culture, and Islam took place. A University was organized and then Islam was spread in Timbuktu and making it an area of Islamic Scholarship. Also, large trading took place where the traders from different places like Granda, Genoa, and Venice marked Timbuktu on their maps as manufacturing of goods for gold.

In today’s time, the Musa palace has been disappeared but the Dijnguereber mosque and University still standing still in Timbuktu.

At the time of his kingdom, the Islamic king Musa started a large building construction, built mosques and Madarsa known as Sankore University which was established during his period. He also constructed a Hall of audience designed with cut stone and the building connected through the interior doorway to the Royal Palace. The top story was coated with silver foil and the lower story was covered with gold.

After the ending of Mansa Musa’s kingdom, the Sankore University which was organized in Timbuktu has been transformed into a fully staffed University with 25,000 students and the largest library in the world with 1,000,000 manuscripts and collections of books in Africa.

What was Mansa Musa net worth?

His wealth was approximately 400 billion US dollars which cannot be measured correctly or impossible to compare as he was known as the richest man in history.

Who is Mansa Musa?

Mansa Musa was the ninth Islamic king of the Mali Kingdom who ruled the empire in 1312-1337 which is around 25 years.

How did Mansa Musa become rich?

He already belongs to the wealthy kingdom of the Mali empire known for its wealth. And trading of the manufacturing of gold business was done with the traders from Granada, Genoa, and Venice.

Does Mansa Musa have any descendants?

Mansa Musa was declared as the king himself which chained the line of transfer from the successor Sujata to the brother of successor Abu Bakr.